What is a young family to do with a desire to follow Jesus more radically? This series of email exchanges I had with Paul Munn over a year ago (starting in April of 2009) attempts to explore some of that. To get caught up with the series, read question #1 and response #1, question #2/response #2 (which are one post), question #3 and response #3, and question #4.

I liked hearing about your good conversations (and about your bathroom computer time!).

Years ago I stopped trying to connect Jesus’ revolutionary “gift economy” with any moral demand or “should.” When Heather and I were getting serious, her parents (missionaries in France) called and quizzed me on some of the things Heather had shared with them about me. One of their main objections was that I “thought it was wrong to work for money” (their interpretation) and, when they set up worst case scenarios, I wouldn’t break down and say I would go out and get a job for pay (to cover medical costs, buy food, etc). I kept insisting it wasn’t fair or honest to set up a scenario in which God didn’t offer some way of providing through gifts. Her father eventually said to us that if we did get married he would accept and embrace me as a son, but he didn’t think Heather should marry me (mostly for these economic reasons).

But in conversations with them (and with others since then), I always insisted that Jesus wasn’t laying some moral burden on us by preaching and living “gift economy.” He was demonstrating life in the kingdom of God. And inviting everyone else into it, everyone who would follow him. Like with the rich young man, first Jesus just points to the commandments, but when the young man presses him, he says “if you would be perfect, sell all, give to the poor, and follow me.” The man went away sad, and Jesus was sad too, but not condemning. Just sad that the man didn’t take up Jesus’ invitation to follow him into the incredible, revolutionary life of the kingdom.

It’s funny. Several times when I have described giving and receiving everything (including our work and time) as gifts, people say “yes, that’s how we will live in heaven… but down here, in this fallen world, it’s not possible.” I just take that as confirmation that they recognize that I’m describing life in the kingdom of God. And I object (sometimes a bit angrily) that they should not try to convince themselves (or me) that it is not possible, when Jesus demonstrated that it is possible (both for him and the twelve who were dependent on him) and said to all of us, “Follow me.” No one is excluded, no matter what their circumstances. Everyone is invited to live this incredible life now.

But in recent years I’ve shifted more to simply living the reality of it (and learning more and more through experience as we go) and letting that reality be the demonstration of the truth of it. When it’s real, when it’s right there in front of people, they can’t say it’s not possible.

I certainly think some jobs would be more like a gift than others. Say, if you would do that work whether or not you got paid. But I’ve never seen a job that has all the same dynamics as volunteering (”gift”). It sets up a completely different relationship between people; no more boss-employee, or employee-customer; no more demands “you have to do it because I’m paying you”; no more divided motivations, “I want to just focus on the work single-mindedly, but will this pay? Can I afford to spend so much time on this for what I’m getting out of it? Etc. When everything is a gift, really a free gift, there is no basis for demand except the demand of love. It can be perfectly single-minded. That’s how our work was supposed to be, that’s what we were created for; Jesus restores that with his invitation into the kingdom. And God makes it possible and real for those who have faith in Jesus’ invitation–even in this “fallen world.”

Sorry, it seems I’ve gone on and on. But thanks for the question. It’s stirring some thoughts and passions that I haven’t shared with anyone (except Heather) for quite a while.

Have a safe trip home! 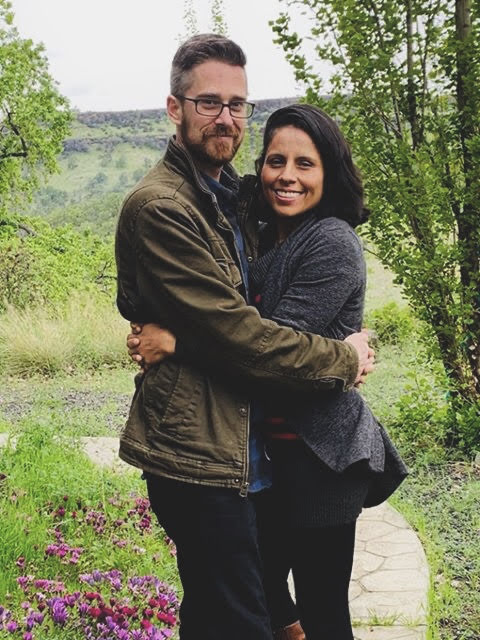